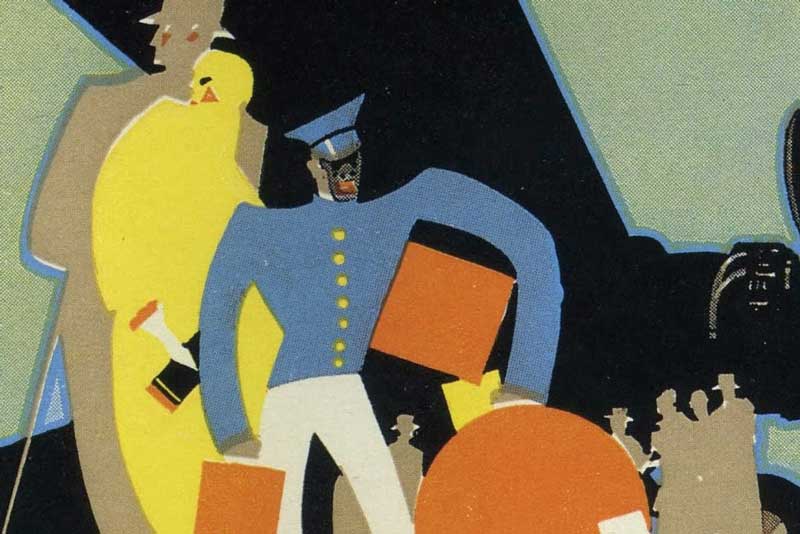 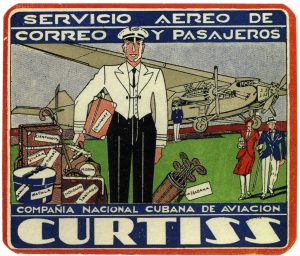 I really love being there. I almost always hate getting there.

I like air travel because it gets me where I want to go quickly. I don’t like air travel for every other reason I can think of. I won’t bother mentioning them. You know what they are.

Well, I will mention one. Baggage and weight allowance. If I can help it, I never check a bag. I try to carry everything onboard with me. I usually don’t have a problem in North America where most airlines allow two bags and a reasonable amount of weight. I often travel on European airlines though. They have tiny carryon bag sizes and a 10 kilo (22 pound) weight restriction. Getting both my personal items and cameras past the boarding gate requires a strategy.

I’m somewhat obsessed with small and light. I also like to slide through rules like the European 10 kilo weight allowance without confrontation. But I still want my stuff with me. Over time I’ve worked out a light-weight travel kit with some extra items that let me work around the airlines weight restriction.

I’m not affiliated in any way with any of the products I recommend below. They’re mentioned because I bought them and use them, and would buy them again.

I always wear a multi-pocket vest when I travel. The SCOTTEeVEST isn’t a dedicated photographer’s vest, but I’ve found it more useful than any other vest I’ve owned. It’s black and doesn’t look like a photo vest.

The vest has 26 pockets, on the inside and the outside. The pockets are invisible when they aren’t full, so the vest isn’t bulky. One inside pocket is big enough to carry a full size iPad or even my 11″ Macbook Air, and it barely shows.

SCOTTEeVEST had an ad that suggested that you could beat the airlines weight restrictions by stuffing the vest full of your things before boarding. Delta Airlines refused to run it in their airline magazine.

I have dedicated specific items to different pockets. I always know where to find things, even when I’m jet-lagged.

A tiny pocket holds ear plugs – don’t leave home without them. There’s also a pocket for glasses with a microfibre cleaning cloth sewn into it.

In one of the outside hand warmer pockets I carry Purell hand cleaner and a small water bottle.

The buff is tiny. It fits in the palm of your hand.

In the opposite pocket I carry a Buff, a light, seamless tube made of microfibre. You can shape or twist it into scarves and hats in several styles and even wear it as a sweatband on your wrist. It’s made in Catalonia, Spain. Buff, short for bufanda means scarf in Spanish. Having a Buff with me has saved me much misery, during wind storms, in cold weather.

Because it’s microfibre I’ve even used it to brush off my camera lenses. You can get a Buff in the U.S. at outdoor stores like REI. Amazon also carries them. They’re around $20 U.S. depending on the pattern you choose.

Expensive, but worth every penny, Patagonia makes the best light-weight travel outerwear that I’ve found. They have good sales a few times a year so get on their email list.

I’ll start with the lightest and work my way into the heavier cooler weather things. Like the Buff above, there’s a Patagonia jacket that’s so small and light I always have it with me. The Houdini is an extremely light nylon shell that bunches into its own pocket, and when stuffed it fits in my pants pocket, or in a pocket in my vest.

I’m amazed how effective the Houdini is as a windbreaker. It’s also water repellent. I’ve never tried it in a downpour, but I’ve worn it in the rain and it’s kept me dry. The jacket and hood hold my body heat in. 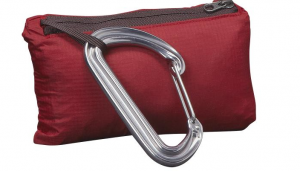 The Patagonia Houdini stuffs into it’s own pocket

The final outerwear items I pack are also from Patagonia. I have a super lightweight rain shell that packs into it’s own pocket and weighs less that half a pound. It’s bigger when packed then the Houdini, so I don’t always carry it with me when I go out, but it’s a real raincoat.

For outer warmth I carry two items; a down vest and a Nano Puff Pullover. When I layer the vest and Nano Puff with a wind breaker I can handle about anything except extreme winter weather. I also pack a hoodie sweater and other miscellaneous warmer items as the weather cools off. I layer any of these with my SCOTTEeVEST which is also a good windbreaker.

The Patagonia down vest stuffs into it’s own pocket 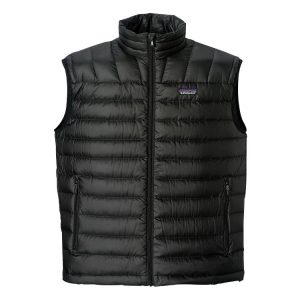 As does the Patagonia Nano Puff

My clothing and other personal items go in my roll aboard du jour, that can change depending on where I am traveling. I tend to like Delsey bags from France, but use others too.

I use two backpacks. A bigger one that carries my camera bag, computer, Kindle, spare glasses and more when I’m traveling. Into the bigger bag I put a smaller second, light, nylon pack. It isn’t made any longer and I’ve patched this one together to keep it going. I’d be lost without it. It’s what I use when I’m shooting to carry extra clothing layers, water etc.

My bigger backpack is an Ivar Zug 30. It’s big enough to carry a 17 inch Macbook Pro. What I like about the bag is the unique shelving system that’s built in. It distributes the weight in the pack across my back more evenly then a standard pack does. 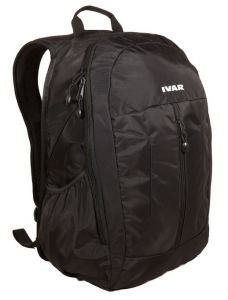 The shelved interior is easier on the back 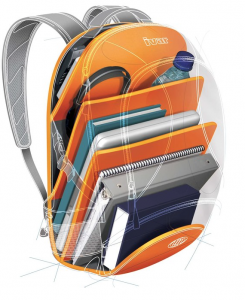 My camera bag fits easily in the bottom compartment. It hardly takes up any room.

I’m 6’3″ and the bigger pack fits me well. It fits under most airline seats. No one has ever questioned me about my pack as I wear it on the plane. They’ve not asked to weigh or measure it, even in finicky Europe. I’m careful to pack it so that it doesn’t look like a stuffed tick.