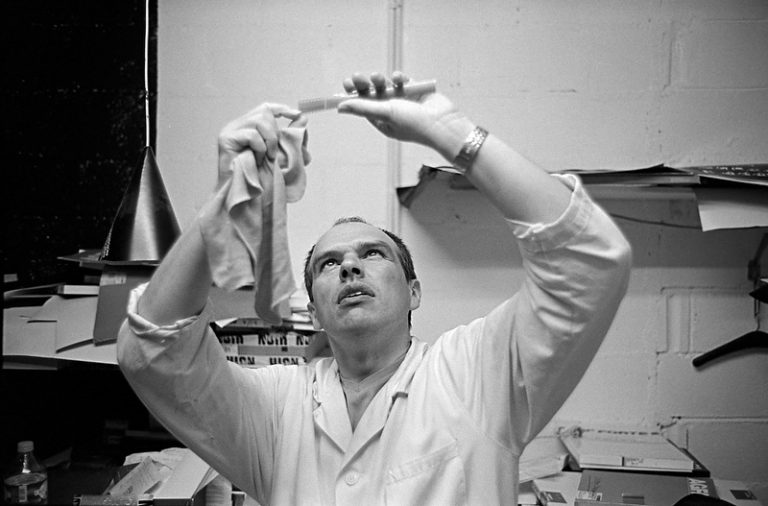 I love to photograph, just don’t bother me with the details that follow; like the processing and printing. I’ll get around to it when I have time.

I have printed photographs, a lot actually. In my early days, between assignments, I made part of my income printing for magazines and other photographers. I also worked in the lab at Fawcett Magazines in New York. But making a living always took priority in the darkroom and getting my own personal work onto paper was pretty hit or miss. After many years I accumulated an impressive number of photos that had never been printed beyond work prints.

In 2001 I packed my Leicas and several years worth of my “never gotten around to printing” negatives and took off for Paris for the summer. It was time to catch up and find somebody else to do my printing, and it was a great time to go. Digital photography was barely on the horizon and the film support system was still in place and going strong.

I went to Paris to shoot, and also because I had a chance to study printing with the legendary black and white printer Georges Fèvre. In the early 1950’s Georges became the director of black and white photography at Picto Labs, the lab started by Pierre Gassman, Magnum’s original printer.

Georges printed Henri Cartier-Bresson’s photos for over thirty years. He taught Sebastiao Salgado’s printer, Dominique Granier, how to print. He printed for Koudelka, Brassai, Doisneau, Lartigue and just about any one else who was well known and shooting black and white at that time.

After Georges retired he was replaced by others at Picto including Voja (Voya) Mitrovic, one of the best black and white printers alive today. Voja has also printed for just about anyone you’ve heard of. Again Bresson and Koudelka. Also Salgado and just about everyone in Magnum. He was also Peter Turnley’s mentor when Turnley was a printer at Picto in the 70’s and he prints for Turnley now.

Paris printers were different from other printers I worked with. They wore white lab coats and worked as long-term partners with their photographers, rather than just seeing themselves as providing a service. In the days of film the photographers and their printers were a team, equals, working jointly and creatively to produce the final images.

For those still shooting film, there are still printers in Paris working this way.

I spent most of that summer walking the streets of Paris with my Leicas. The Leica is the perfect camera for shooting in Paris. Parisians love looking at black and white photos of their past, but hate to be photographed themselves. In Paris it’s best for you and your camera to be as invisible and quiet as possible.

I lived near a wonderful little lab called Imaginoir. I’d drop off my previous day’s film each morning and pick up contacts from the day before. I’d never been able to work like this. I was in heaven. Normally it was weeks or months before I’d see images from my shoots.

Imaginoir had three printers. I worked in the darkroom with one of them, Stéphane Cormier, off and on throughout the summer, as he printed the negatives I’d brought with me, and the new ones I was shooting.

Imaginoir did the best Tri-X processing I’d ever seen. The 35mm was done by hand in their own formula of D76. Although I was always in the darkroom with Stéphane when he printed for me, no outsider was allowed in the film developing room.

Stéphane worked developing film in his early years. He had a notebook full of information he shared with me. He said Imaginoir processed the film in 4 reel tanks and several tanks were run by each technician at the same time.

Stéphane said, “Kodak replaced borax in D76 with Kodalk in order to speed up the processing times the photo labs were demanding. The shorter development time of the new formula is too short for good shadow and mid-tone development.”

Imaginoir preferred the longer time of the original D76 formula that was needed to produce richer negatives.

Besides the D76 Imaginoir also used Acufine when pushing Tri-X to 800.

For years I’ve seen photographers in chat rooms speculating on Sebastiao Salgado’s Tri-X processing. There have been as many guesses as there are brands of developers. Salgado used Imaginoir when he started his Workers project, but his workload was too great for the lab to handle, and still do the work for their other customers. So he left Imaginoir to work with independent printers.

Although Salgado had his own full-time printer he still used Imaginoir to process his film. When I was in the lab in 2001 Stéphane came into the darkroom and said, “we’ve just processed 200 rolls for Salgado.” The contacts were spinning in the wash tank.